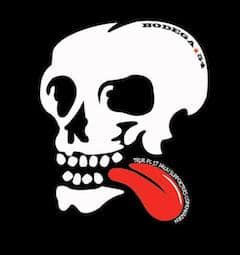 This year’s summer holiday led to a FCSP-themed break after a wedding invite on the German/Danish border – plans were made to visit Copenhagen and then Pokal game in Münster.

Originally, we set off from Brighton expecting to camp near Münster. A combination of sat-nav confusion (I may have entered the wrong Munster!) and torrential rain when we arrived somewhere near the site (we never did find it) saw us change our minds and head directly for Hamburg. For anyone considering doing this it is definitely possible to go direct to Hamburg in a day; we left Brighton at 6.00am (BST), crossed the Eurotunnel around 8.20am (BST) and arrived Hamburg 7.00pm (CET). In all it was 10hour’s driving with clear run through Antwerp’s ring roads (a potential bottle-neck) and a relaxing stop for lunch in Oberhausen.

This gave us an extra evening in the Jolly Roger, catching up with friends before heading for the wedding and onto Copenhagen.

All I can say is AVOID!! During the summer holidays the north-bound roads are crammed with Danish caravans heading home on a Saturday. We had inadvertently planned to travel on one of the busiest Saturdays, add to that road-works and inevitable accidents reduced the two main routes (A7 and N77) to virtual carparks. What should have been a 90minute drive took over 4hrs (with the aid of traffic news on the sat-nav) and 7hrs for friends who’d set off before us. Thankfully, everyone made it on time (just) and an excellent evening/night was had by all.

Wow!! We’d planned to spend an evening at the St Pauli Minibar. Hotels were booked within walking distance and turned out to be a weekend that we’d highly recommend. The Minibar (aka Bodega 54) is owned and established by ex-St Pauli resident Andreas, who moved to Copenhagen four years ago. Copenhagen contains the highest population of St. Pauli fans outside of Sankt Pauli, apparently. We only wish there’d had been a game to watch whilst in Copenhagen, but we was great to hear the story of how the bar became established and of recent history.

Andreas is a perfect host and the bar is fantastic, located on the edge of the trendy Meat Packing District. Call in, sign the guest book and enjoy a bottle of Astra.

We plan to return when we have more details of their Annual International Bar-Curling Competition!!!

We headed back to Hamburg via the ferry, which cuts out a huge distance and takes only 45mins. Before setting off a day before the match and hoped to catch-up with other FCSP fans on the Saturday night in Münster. Again, we planned to camp but roadworks and traffic brought the Autobahn to a stand-still. By the time we arrived the priority was to find a hotel and some food. The FC Sankt Pauli coach was hit by similar problems, which Fabian Boll posted on Facebook that he sees these set-backs as being a perfect opportunity for ‘team building‘.

That evening we went to the Pinkus Müller Brewery, getting a little lost on the way but finding the St Pauli Bus!!! After some lovely food in a pirate-themed bar playing sea shanty music we eventually found a square full of people a number of St Pauli fans. It was great to meet a few of the St Pauli fans, but the night may have gone downhill after we left them as we discovered at least two more Astra bars on the way back to the hotel!!

It’s a 40minute walk from the town centre which maybe explains why we’ve never seen so many people cycling to a match before – we even saw a tandem!!! Arriving at the ground early we managed to catch up with friends made the previous night before kick-off.

The away end filled, the home stands filled, in between (to our right) an area was left empty. It was probably just as well the area was empty as it looked old and fit to collapse, not in keeping with the rest of the ground which looked recently developed. Just over 15,000 fans (3,000 from St Pauli) watched the game.

The game started, the game finished.. In between St Pauli failed to convert any of their possession into goal-bound chances, preferring to attempt to pass the ball into the net and losing possession in the final third. When Münster had the ball they looked effective enough but, with the aid of some atrocious St Pauli defending, the decisive goal was scored – St Pauli were out in the first round losing 1-0.

1) Copenhagen St Pauli Minibar Minibar is fantastic! Copenhagen itself is extremely expensive. Will return for the Indoor Curling Competition.
2) FC St Pauli need more time to gel together, and we need to shoot (preferably AT GOAL) far more.
3) The Autobahn struggles during the summer-months, give lots of extra time if planning to travel on a Saturday!!

Donation to The Hummingbird Project

Gig Saturday – Inside the Birdbath


Warning: Illegal offset type in isset or empty in /home/customer/www/brightonstpauli.com/public_html/wp/wp-includes/class-wp-tax-query.php on line 163

Warning: Illegal offset type in isset or empty in /home/customer/www/brightonstpauli.com/public_html/wp/wp-includes/class-wp-tax-query.php on line 163

Warning: Illegal offset type in isset or empty in /home/customer/www/brightonstpauli.com/public_html/wp/wp-includes/taxonomy.php on line 340